But If Government Can't Do Anything... 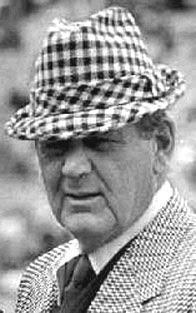 It's no wonder Mr. Romney doesn't offer specifics. Just read this, and a tip of the Hatlo Hat to Gin and Tacos blog for bringing it to our attention:

You might also want to check out Dog House Riley's analysis of David Brooks' latest column Surprise, Brooks doesn't notice any of these intellectual mistakes rortybomb points out in the link.
___________

I looked more carefully at that trucking firm's sign yesterday. Not only does he assert his rugged individualism, he explicitly denies any role in his obvious success (look at that row of road trailers, all with his name painted on the side; just, wow!) for government generally, or Mr. Obama in particular and in specific. You can stand on the side of the road, read the sign, and listen to those rubber tires whine on the freeway just yards away, under the bridge. After that, you can read the owner's name on the road sign at the intersection a mile or so away, which is pretty damn cool to be sure. I'd be proud to have my name on a road sign. All I got was this stupid CD, and I have to admit that I didn't "make" the CD, only a portion of its contents. If it were up to me we'd be sitting by the fire in the cave and keeping time with sticks. So it goes. They call Alabama the Crimson Tide. Call me Deacon Blue. And a nod to Steely Dan and Jean Richie.
Posted by Fiddlin Bill at 7:07 AM