It has suddenly become popular to talk of "guest workers." First the right wing/racist/fascist element pounded the drum of fear about how all these Mexicans and other latino workers were coming into the US illegally taking all the chicken plant and child care and roofing jobs that weren't nailed down, not to mention transforming our Food Lions and Walmarts to where we had to figure out what kind of pepper to buy, plus having to call it a "chile" or a "chili" or whatever, and figure out when we got home what the hell to do with the thing (hint: poblanos do not go in spaghetti sauce). Just the other day I heard the fear being ratcheted up yet again with some estimate by some faux educated voice that in 100 years this country would have a population of a billion people, with a heck of a lot of these future denizens speaking Spanish, not Anglish, as their mother tongue. Oh my gawd, a billion, did you hear that, Cletis?

Well for one thing, that means social security will not go bankrupt, so what exactly is the problem? Back in '98 I heard Rush Limbaugh say we could fit the whole population of the US into Texas with no problem. There's plenty of space, and there's no global warming or anything according to the GOP. Plus, these people have to be somewhere. Whether they're in Mexico or here, who cares. Let them pay our taxes and do our hard jobs so we can enjoy life to the fullest. The planet may be filling up, but the GOP isn't talking about that, they're stopping all funding of planned parenthood type agencies around the world.

But anyways, now there's the new plan, the guest worker plan. I think we're getting the plan because when a million people come out and march in LA like they did last weekend, even Republicans are going to make some sort of little jog in their march down the road to hell. They sure as hell aren't going to go head up against that, and the Haliburton detention camps they've bought and paid for aren't built yet I don't think, and probably won't be until Haliburton siphons off a few more millions in unexpected overhead. And we've seen that super domes don't really cut it when it comes to "storing" people. Guest workers it is. 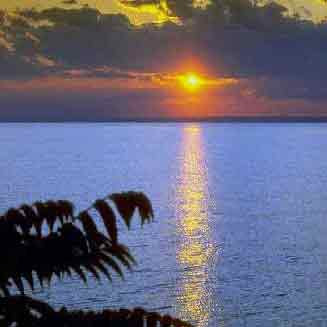 Let's look deeper at what a guest worker is, since he/she is going to be part of the American social fabric from now on. Basically, it's a gussied up name for a... drum roll...... er, um, slave. How bout that. This country was founded on slavery, and damn if we don't keep coming back to it. Maybe it's the economy stupid. That is, the idea that us white folks really don't, shouldn't, need to actually work out in the sun, picking up hard things, stooping, bending, pushing, humping shit around, breathing dust and dirt and rat shit. We're the elite. We sit in the crew cab, on the cellphone. We eat a fine sweet mango and listen to jazz and drink a glass of good red wine in the sea breeze, watching the fine sun setting yet again into the blue green waves. And we can't afford to enjoy that sunset if the mango costs what we'd charge to pick it. Oh I know, "slavery" is such a terrible word, I'm going overboard. Ok. It's not quite slavery. It's just real real cheap labor, ok?

Somebody has got to do a whole lot of work on the cheap. That's the deal. That's the bottom line. Been that way forever. Been that way since massa planted his first cotton seed and cracked his first whip over the first fine strong black back that got hauled over heah. You may have noticed that a lot of these hard jobs have been exported to places where people work for $2 a day, or $2 a month. "Guest Workers" allow the jobs that can't leave to be done on the cheap by folks who don't "really" live here. See how that works? The rest of it, all of the rest of it, is just bullshit, icing, window dressing, blather about how this and that is necessary for the wellbeing and you know we are progressing, our fine world is really come a long long long ways from back then, and finally it's just a hard angry question: well, do you want to work that fucking hard?

Most of us just say no, and that's the deal. And so here we are. A bunch of blather and talk and suddenly the US of A has got itself a whole second underclass of people, mainly brown people (how odd, how bizarre, how coincidental!) who from now on are going to do the actual hard ass work that really, yes indeed, it does have to be done. These folks are going to empty the shit our decrepit parents produce. They're going to deal with the boring work of tending to the children we make in our spare moments, when we're not making money. They're going to do all the hard nasty parts of making our houses, our fine four thousand square foot houses going for 500K to a mil in the fine parts of town. They'll climb up on those steep roofs in the summer. They'll crawl into those attics, buried in the fibreglass insulation that keeps the R-values high. They'll pump the chemicals around the perimeters that kill the termites and carpenter ants. They'll lay the 12" block in the fine full basements we want so badly. Storage, we need more storage! Etcetera, etcetera, etcetera. They'll be "guest workers," working for the carrot of "citizenship," which some of them will actually achieve if the bill is written with enough fear of those million man demonstrations. Or if the real fascists get their way, they might just be working for the money to send back as long as some guy in a suit keeps deciding it's ok.

One thing's for damn sure, the pay is going to stay low. Ain't nobody in this great land of ours gonna do shit work for good money. Otherwise, nobody would be living in those fine houses, or driving those fine cars, or sipping than fine red on the western deck, with the sun slipping into the Pamlico. Nice. Let the glaciers melt. Comes down to it, like it or not, we're all guests here anyway.

--Bill Hicks
A similar point is made by Paul Krugman in "The Road to Dubai"
[photo courtesy of http://www.lookoutlodge.com/]