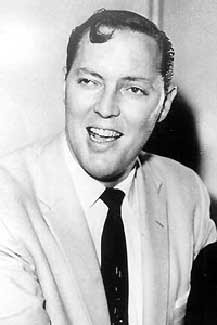 It’s too damn hot to lay stone today, and tomorrow Libby and I have a gig at a little country store in Bynum, NC. This venue has been happening for about five years or so—mostly local musicians play Friday nights in the good weather months for a pass-the-hat “gate” operated by little gung-ho kids who spread out through the audience during what the hoity-toity used to call “the interval.” A few CDs also get sold off the stage, and the store—back when it was open—sold plenty of Dr. Peppers and popsicles to the assembled throng, maybe 200 or so folks. The store closed down this past winter, so I’m guessing this time around you bring a cooler. There’s a nice bbq joint at the top of the hill, up on the 15-501, that will send you down to the store with a bag-o-chicken or some Eastern NC Q, which isn’t a bad idea at all. I’m told that a former local musician, Tiff Merritt, who used to live in Bynum while she attended UNC and took classes in song writing from Bland Simpson, helped get the venue going. She was kicking ass around these parts with her band, the Carbines, before heading off to Nashville and success. Pretty cool.

So we get a note from the venue’s proprietor, who does this for the pure love of it, because she lives in Bynum, an old mill town with a burned down mill that had closed long before the fire and a lot of funky wood-frame mill houses that people have bought and fixed up, that we had best avoid any “covers” in our show tomorrow, because ASCAP and other licensing agencies are “on the case.” To which I have to just say Jesus F. Christ, pardonne my francaise.

We can manage to avoid covers. But this is what is wrong with the music bidness, and it’s really kinda depressing. See, it’s actually run by lawyers who don’t know a pick from an A-string, and couldn’t write a rhyme or a line of beauty if they were monkeys in a Shakespeare experiment. The other day a guy who is an artist on a track-hoe told me it’s lawyers who have fucked every-damn-thing up, and I have to agree, even if I also have to agree with David Childers who wrote that “Jesus is a lawyer”—but David is a song-writing lawyer and I don’t think he’s working for ASCAP or BMI or what ever other acronyms capture the music bidness world. We need the lawyers, but we don’t need to live entirely in their world, do we? (Probably the answer to that is yes, unless you’re Karl Rove.)

Ok, the idea—the concept—is that since someone wrote a song and copyrighted it, it’s intellectual property, and so if anyone else should perform that song for money, then the owner of the property ought to get compensated some for its use. Yes, yes, I totally understand. And these agencies, like ASCAP, came into being to enforce this by monitoring performances, radio, teevee, the internet, your ringtones… whatever the hell else is out there to perform or re-perform music. It’s my understanding that ASCAP does this by hiring people with some kind of musical background, like maybe the highschool band teacher, to go to shows and listen for covers, and if he finds any, to bust the venue if they haven’t paid a significant “cover fee.” There’s a bar in Chapel Hill, the Cave, that has a big sign posted saying “ABSOLUTELY NO COVERS EVER OR YOU WON’T PLAY HERE AGAIN,” which is one reasonable solution to this problem, and the one Bynum is taking apparently. For sure Bynum can’t pay some big fee to ASCAP—they don’t make any money at all on the venue, it’s a gift to the community and to the artists who want to play there.

But it seems to me that there’s several babies squalling out there in the grass with the dirty water. Because music is a language, a living thing, as well as a property. In fact, I’ve always thought that music might well be the language that could even stop war, at least sometimes, when the hearts it reaches out to are not already as hard as granite. Musicians make a piece of music—a song, a melody—live. The good ones bring themselves, their own hearts, into it as well. They interpret, in a million ways, what otherwise might as well be Latin, dead marks on a yellowing piece of paper. And listeners of music, in the act of listening, get to experience its life. Because in a way, those marks on the parchment aren’t music at all, unless you’re the one in a million, like Ludwig Von B., who apparently could actually hear the music when he read it off the page, or wrote it down. The joy of music-making is in this act. We’d do it if nobody put any money in the hat.

Another thing about performance is that music that nobody thought of in 50 years gets revived and remembered. Libby and I do some music that was created in the ‘30s, and ‘40s, and early ‘50s. We remind the listeners of that stuff again. Who knows, they might later go out and buy themselves a CD of Bill Haley’s “Shake, Rattle and Roll” because we did it as a kind of surprising encore to our show of mostly fiddle tunes and such. And that would be nice for Bill Haley’s grandkids I’d think. Right now he’s remembered more by Tom Russell’s sad song about his final days, than through his music. He was hot in 1954, but Chuck Berry and Little Richard and Elvis rolled right over his brand of “rock and roll,” which was actually some version of alt. country Texas two-step, a few months after “Rock Around the Clock” faded from the silver screen. Even in his most shining moment, Bill was a chubby red-neck from Michigan with a cute little ringlet that might have been a comb-over if you looked close. “Shake, Rattle and Roll” was the B-side.

Now if we ever get back in a studio, and if we happen to record “Shake, Rattle and Roll” for our second CD, well we’ll pay the royalty on that. That’s a straight forward deal then—we’re selling a record of that song. (Actually I don’t think it’s Bill Haley’s either, but somebody earlier, maybe Louis Jordan, who first recorded it—a man named Jesse Stone actually wrote the song, and he died in the late ‘90s at the age of 97.) But we’re not really making money on “Shake, Rattle and Roll” when and if we play it tomorrow in Bynum. It’s just a quote, a nod to music we revere, and to the good old days which aren’t coming back. If the lawyers are going to slice and dice a place like Bynum, here’s what they’re really doing—stopping small venue performances of copyrighted music altogether. And I’d like to know who that is helping? Tiff Merritt climbed from the small venue up to a place where she’s actually making a living playing, which means she’s making real money for the lawyers sitting in the air conditioning on Music Row.

You gotta think it was lawyers who invented the pyrrhic victory. And maybe that’s a problem even with Childers’ notion of Jesus as a lawyer, come to think of it.
Posted by anna at 11:27 PM No comments: