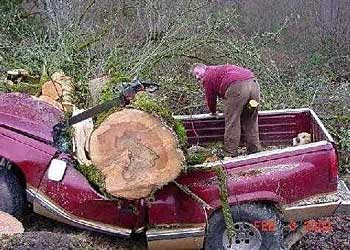 Back a few decades people used to talk about how New York City or San Francisco or wherever might as well saw themselves off from these here Uniteds because they just didn’t fit in. It was a kind of Republican sneer, but the image was somehow vivid. I live in the Research Triangle, a kind of amorphous region that definitely includes Raleigh, Durham, and Chapel Hill, and, as well, a number of other communities, some inside the imaginary triangle formed by those three major towns, some outside the lines but, well, still in the stadium at least. One way to tell who’s in the Triangle is to look at the Area Code. If it’s 919, you’re probably in. 210 and you’re heading towards Wilmington and the Sand Hills. 336 and you’re in the Piedmont Triad. 252 and you’re Down East.

Back ten years or so Siler City got moved from 919 to 210. There were complaints, and we got our 919 back. What that meant was that the whole of Chatham County, west to east, north to south, all “faced” towards the gravity of the Triangle. Bidness was mostly done in that direction, and folks who were looking to buy a piece of rural land to build a house on—or for a few movers and shakers, a bigger piece of land to build a subdivision on—saw Chatham County as in the ambience.

But the people who have sat on the Town Board of Siler City since before Aunt Bea moved there to retire haven’t paid much attention to all this fooferrah about the Research Triangle. Luther Hodges, who dat? They, or their parents, are after all First Citizens of Siler City, a town that grew up at a crossroads back in the late 1800s, and developed its economy on textiles and furniture making and, when I first moved here in 1978, Chatham Dog Food. Siler City officially didn’t much care about the 919 Area Code. They remembered that dog food plant that burned down in about 1981 and still stunk up the place until after Reagan finally left office. Indeed, there’s still a big vacant block in the middle of downtown.

We all know what happened to textiles. They left NC about the same time Reagan left government for the funny farm. Around here we got big chicken processing plants staffed with thousands of Mexicans, mostly of alleged illegal entry status. (We like our cheap chicken in this heah America.) But the Town Fathers have been fretting about getting some kind of new industry ever since that dog food plant went up in smoke, and they don’t really count a nice winery than came in so close to Siler that they put Siler City in the name of the wine. Maybe it’s the alcohol issue—Chatham was dry when I moved here. Maybe it’s just that wine is too “cultured,” too outside, or just too outside the imagination.

At any rate, next Monday, June 5, Siler City’s commissioners are going to vote Siler City right out of the Research Triangle. They’re going to install a major new business, a heavy industry that generates a lot of noise, dust, and traffic and will be operating for at least 75 years, within earshot of the Siler City post office. This business, ISP Minerals, will probably lower the water table in an already dry part of the county, since quarries are fundamentally big well shafts—that’s why quarries fill up with water. The grinding and blasting will be going on pretty much 24/7, and the dump trucks will number about 300 per day. The plant, which will produce those tiny dyed rocks that are painted onto asphalt roofing shingles, will stand some ten stories high. There will be new rail traffic on that line that runs right through the heart of town. Running a Winery beside such a business will not be possible, and Horizon Cellars of Siler City will close. Probably other heavy industry will arrive, as soon the Siler City area will be a perfect location—each new grinder and polluter will say, “look at ISP, y’all were fine with that.”

There will probably be some new jobs a-comin’ too. There will be some guys running outside heavy equipment, and some other guys running inside heavy equipment. There will be a handful of nice fellows in suits who will go to the Baptist Church or the Methodist Church. There will not be unions, because North Carolina and unions are like oil and water. There will also not be any more of those folks from the Research Triangle who are looking for a nice piece of rural land to live on. Pittsboro will be known as the Edge of RTP. Out here in “deep Chatham,” we’ll be in the foothills, or the edge of the sandhills. I wouldn’t be surprised if we get that 210 Area Code eventually. It doesn’t much matter, and ISP Minerals will surely have an 800 number.

Eventually, the town as a whole is going to notice that plant. I think the blasting and the general roar will be quite audible from the Post Office steps, as will the dust on some days. The audible presence will be most noticeable from the Siler City Country Club, which looks like it abuts the quarry property. Might be some of the Town Board belongs to the Club? Maybe that’ll make for some spirited conversation over the G&Ts five years out.

Nobody much who’s an adult today will see the end of ISP-Minerals, though most of us will see the spring at Mount Vernon Springs stop, at last, after running for longer, probably, than there was a United States. So remember this day, Monday, June 5. The day Siler City left the Triangle. And don’t blame ISP Minerals either. It was Siler City that cranked up the chain saw and sawed off the limb they were sitting on. –Bill Hicks

See also:
Part 1 of this topic: Data Mines and Rock Quarries
Part 3 of this topic: Yes Men
From the Chatham Journal Weekly: Will ISP Minerals be a good neighbor? 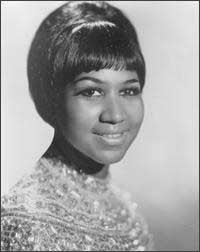 I was giving a fiddle lesson last night while the big final American Idol show was on, and after my student left I went into the back room and turned on the other TV, which was on the local public network, and there was this old “American Masters” program about the life of Aretha Franklin. Talk about an antidote to the sugar high. Talk about reality based life.

Aretha is so completely the real thing. She wasn’t dreaming of being a “star,” she was a star and simply was searching for the outlet to her audience. There was never a shred of doubt, from when she was just a kid singing in her dad’s church. Everyone knew it too. No one had any doubt. Martin Luther King knew it. When she began to receive awards, in 1967, he came by to give her a kiss on the podium. Ray Charles knew it. He showed up at a gig she was doing at Fillmore West, sitting in the back not to be noticed. She heard he was there and got him up on stage. When she sits down at the piano on her first Atlantic recording session in Muscle Shoals, all the studio professionals knew instantly “there would be no musical troubles at all.” Keith Richards says the same thing twenty years later: “We got her to play piano because she’s so good on the keyboard we knew she’d hold everything together.” Eric Clapton says, “she uses her voice like an instrument, never settling on a note, but climbing up to it, and past, and back below.”

The American Masters show is extremely well done. My only complaint would be that it is just too short. All the musical excerpts, which have to be excerpts just so the show will not go on into the wee hours, could really have been full performances in my book. But then I’m a musician. Aretha, long may you live!

It put the whole Idol thing in such perspective. Poor Taylor, the winner: a charming lad who can get loose enough to sing, but who doesn’t really know what to sing beyond a small range of stylings he’s picked up from people like Elton John, who got them in the first place from Ray Charles and Aretha. Poor Katherine, the runner up: a beautiful voice, a beautiful face, and she can sing “Over the Rainbow,” but she seems to be totally detached from most other lyrics, and also seems to drift away as she sings, thinking some airy thoughts, forgetting that there are words coming out of her mouth. One presumes that she picked “her first single,” “Destiny.” The song killed her last chance of besting Taylor. For that matter, poor Carrie Underwood, who seems to have just one song up her sleeve, and it’s a weird one at that, where the idea seems to be that in a crisis you “give Jesus the wheel.” Gawd, please, no mas, no mas. Take the fuckin’ wheel, take it now, turn into the skid, turn into the skid.

But please, can we all keep in mind that there is such a thing as real talent. Talent that doesn’t need a show like this, doesn’t need Simon and Randy and Paula and Fox Network and neon and… where the hell do those audiences come from that they get, with all these people in ecstasy over almost nothing? How do we all forget Aretha. How can we even watch if we didn’t forget, if we really remembered. I’m speaking for myself as well. I watched a lot of this season’s Idol.