Oh Lana Get Up 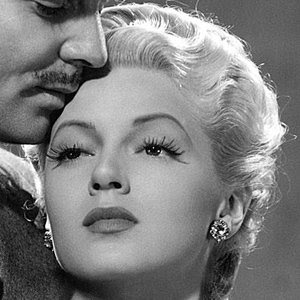 This will likely be the last post of 2017. It's Wednesday the 27th, and we finished up Christmas last night with a cold drive home from Greensboro, much like a lot of drives home after the family gatherings of other years. We put off the actual family Christmas until the day after official Christmas (not Old Christmas, on the 6th of January, commemorated in old fiddle tunes from old fiddlers like Tommy Jarrell and French Carpenter). Libby and I found this plan delightful because it meant we had a nice Christmas day all to ourselves. Admittedly, Libby busted her chops all day cooking for yesterday, while I mostly stayed out of the way in the back room, watching football games and keeping the fire in the stove going. With little thanks to me, then, a number of delicious dishes got prepared, and yesterday we trundled off, out of the winter woods and up to Greensboro using the back road route we've grown fond of, with almost zero traffic all the way, and we were only a relatively little late, and kept that from being itself a stress, and we all had a great Christmas feast, the table smaller this year as the Old Vet left us last June, and some of the young-uns now have more important things to do, this being still, as ever, life.

As December proceeded we received a small pile of Christmas Cards from old friends who maintain that tradition better than we've managed. My oldest friend signed his Christmas letter with “let's hope 2018 is better.” I think there might have been a question mark in there too. That's a hell of a note, but it sure rings true. The closing chord of this renewal of American fascism was a major F with a flatted 5th. We told all our “friends” and “allies” that we were taking names and would long remember their disloyalty at the UN, when they voted to reject the idea that Jerusalem was henceforth going to be the capital of Israel. This theme, the authoritarian theme, has been one constant of the whole year. The distinguished lawyer Sally Yates of the Justice Department had warned the fresh new administration of General Flynn's vulnerabilities and was fired for her troubles. (She'd also warned that the so-called Travel Ban was so flawed as to be unconstitutional—in both warnings she was proved correct.) You'd think that warning decision-makers of impending errors would be seen as profoundly loyal. If you sit and watch an impending train wreck, and say nothing, isn't that just a passive-aggressive disloyalty?

As we careen into this hoped-for better year, the President's party practices loyalty the fresh new way, and searches for some sort of “purge” of the Justice Department and the FBI. The best or at least most realistic opinion of this week before New Year's Day 2018 comes from Scott Lemieux at Lawyers, Guns and Money:

The Republican Party is all-in in Trump. It’s not that they’re too lazy to investigate Trump’s various malfeasance; it’s just that they don’t care.
Discussing impeachment scenarios, or any other removal method that requires Senate supermajorities, is fundamentally a waste of time. And even if Democrats take over the House in 2018, a futile impeachment vote is probably counterproductive.
It’s critically important for Dems to take over Congress in 2018. But the value is 1)the ability to conduct investigations, 2)the ability to stop Republicans from passing investigation, and (as pertains to the Senate) stopping judicial and egregious executive branch nominations.
There is one way Trump can be removed from office while he’s alive: the ballot box.
Investigations into Trump are valuable not because there’s any chance of making Republican legislators turn against him, but because they may make him less popular.
Investigations are almost certainly a better method of making Trump less popular than impeachment proceedings.

This is what we find. The great wheels still turn of course. Steve Bannon imagines he's found the key to the Mayan Calendar in an obscure Latin text, and finds himself full tilt for Roy Moore. It is certainly possible, and perhaps even likely, that majorities of voters are slowly coming to perceive the truth of this new world we've “elected”--if by “elected” you mean whatever it is that happened at the end of 2016, all that complexity and fog we still can't entirely perceive and have hired expensive lawyers to sort out: Russian meddling, powerful and never-ceasing Republican propaganda on the airwaves and in incessant speeches by the candidate Trump, who seemed to be doing nightly half-hour fire-side rants on every teevee channel we paid too much for; and of course the underlying Electoral College, an invention by the propertied from two centuries back to make sure as they could that laborers and women and people of color would not “steal” the government from the people who so rightfully owned it, having stolen it from the people who were already here on the continent.

People who looked at the situation even a century ago were always concerned that a great and effective authoritarian demagogue would rise, and win, using the underlying tide of racism and misogyny that they could easily perceive just beneath the placid surface and the perfect temperature for a refreshing paddle. This stuff had always been there, will apparently always be there. Wise people warned America not to open this Pandora's box. Wise people said, “Look, there are clear historical examples of what people will do and believe. Germany. Italy. Rowanda. People, humans, do this.” Apparently, as other wise people have also warned, the mere scent of power is aphrodisiac, and the apparently cooler heads are in fact just more diplomatic. See, e.g., Mr. Romney's notable “47%” of 2012, and his pathetic dinner with the newly-elected Trump, which only yielded Trumpean contempt in further measure, as was easily predicted far in advance.

We, we because we are still a kind of democracy and must own our democratic choices until which time as they are so flawed by realities that we all have to admit that democracy has died, must in the meantime admit that we have elected Caligula. He resonates with millions. Many of those will deny to the end that they benefit daily from white privilege, and even argue that there is no such thing. Make America Great Again. “Again.” As subtle as Mussolini. Here's to you, Mrs. Robinson.

I watched the unfolding of Watergate on a little black and white teevee that sat on a table at the foot end of my bed. We were also building a band that year, so we got to see some of the politics from the stage, with the sound off. Nixon's resignation, as I recall, happened the night of a gig. A couple of years later, at perhaps the height of our success and riding a kind of hit off-Broadway cowboy comedy with its own brand of denied white privilege, I walked down the Manhattan afternoon reading headlines of the very end of Vietnam. Oh Lana Turner we love you get up.

We, the same people that just elected Caligula, learned absolutely nothing, but instead lived in a romantic fantasy of something that never was. As the decades passed, as we lived our lives thinking something or other had been learned, that that resounding anthem from the early '70s, “we won't get fooled again!” actually was a small step forward, other forces were more effectively at work. We may still not recognize how significant a cadre of retired professional soldiers spent sixteen years and counting could yet become, dreaming of “agains” and the practical mechanisms of automated assault weapons fire. Now they have their spokesman, slouching from Bethlehem and speaking of purges.

Happy New Year's muthafuckers. It may be just a bag of steel holes, as Warren Oates said back in '69 when Vietnam was actually still going on.